Divorce is rarely an easy time in anyone’s life. In relationships where abuse occurs, divorce is particularly fraught. Proving abuse has been difficult historically, but it’s necessary in order for the injured partner to receive a fair judgement.

California’s new Senate Bill 1141 may throw one more wrench into the divorce process. It has recently passed the California Senate, and is on its way to the Assembly. This bill, subtitled “Domestic violence: coercive control,” is intended to help victims of abuse. It expands the types of abuse recognized by the state, supposedly broadening abuse protections. However, it is controversial: domestic abuse victim advocates are divided on whether it will actually help anyone.

SB 1141 is designed to expand California’s Family Code. It would specifically name “coercive control” as one of the types of abuse that California recognizes as reason to give someone a domestic violence restraining order against another person. The bill defines coercive control as “a pattern of behavior that unreasonably interferes with a person’s free will and personal liberty and includes, among other things, unreasonably isolating a victim from friends, relatives, or other sources of support.”

The current types of abuse acknowledged by California include:

While the Family Code does specify that “abuse is not limited to the actual infliction of physical injury or assault,” coercion or controlling behavior are not currently mentioned.

By expanding the definition of abuse under California law, SB 1141 is intended to give victims of abuse another tool to escape their abusers. The problem is that SB 1141 contains something that the current Family Code does not: conditions. Current victims of abuse only need to prove a single act of abuse in order to receive a restraining order. If SB 1141 is signed into law, future victims will need to prove a pattern of abuse. They will also need to prove the abuser’s intent to cause harm and the unreasonable nature of the actions the abuser took.

This is a much higher standard than current Family Code standards of abuse. While the bill is well-intended, it poses some risks for people who are trying to exit dangerous relationships.

The Potential Risks of SB 1141

According to some victim advocates, SB 1141 will actually make leaving unsafe relationships harder, not easier. Because of the additional burden of proof placed on the abused party, receiving a domestic violence restraining order will be more difficult. These advocates argue that “coercive control” already falls under the Family Code’s description of “disturbing the peace.”

California case law defines disturbing the peace in regards to family law as “conduct that destroys the mental or emotional calm of the other party.” It may be argued that coercive control as defined in SB 1141 meets this definition. Unreasonably limiting someone’s social life and freedoms could be said to destroy someone’s mental state or emotional calm. This might make SB 1141 not just redundant, but more limiting for victims than California’s current law.

The end result is that if SB 1141 is signed into law, it might become more difficult to leave a dangerous relationship without legal representation. Depending on how the courts interpret the law, it could curtail the current rights of victims of abuse instead of expanding them. That might lead to people remaining in dangerous relationships for longer, putting them at risk of harm.

California is a no-fault state when it comes to divorce. This means that it isn’t necessary to prove that one partner was at fault for the end of the relationship to get divorced. As a result, getting a domestic violence retraining order will not make getting a divorce easier in California.

Getting a restraining order can make the abused partner feel safe enough to file for divorce in the first place, though. SB 1141 won’t make it harder to prove fault in California divorces, but it may still cause problems for victims of abuse. If a victim of abuse is trying to separate from their partner, they may only feel safe with a legal order keeping their former partner from contacting or abusing them further. This means that SB 1141 could make divorce harder for abused people as an unintentional consequence.

SB 1141 might affect what comes after divorce much more directly. Spousal support, also known as alimony, is awarded to one partner in many divorces. As long as neither partner was violent during the relationship, there are few legal grounds to completely bar the lower-income partner from receiving alimony. However, if the lower-income partner has been convicted of domestic violence against the higher-income partner, they are no longer eligible to receive alimony.

Since SB 1141 may make it more difficult to receive a domestic violence restraining order, it may also make it more difficult to limit alimony. Judges are hesitant to completely refrain from ordering alimony payments. This might lead to SB 1141 causing victims of abuse to pay their abusers. This would be one more traumatic event in an already stressful and scary relationship.

Divorcing Safely Before or After SB 1141

Many divorcing couples are encouraged to meet in person for mediation during their divorce. Whether or not SB 1141 passes, victims of abuse should avoid this tactic. Instead, contact an experienced divorce attorney and work with them.

Your divorce attorney will help you navigate the divorce process smoothly, even if your former partner was abusive. They can help you arrange fair property splits, equitable spousal support, and safe court appearances if necessary. They can also negotiate for you, whether or not you have a restraining order against your partner.

Senate Bill 1141 is well-intentioned, but it may not be the right path to support victims of domestic abuse. Whether or not it is signed into law, leaving an abusive marriage is hard enough. Never hesitate to reach out for help: you deserve the easiest divorce possible. 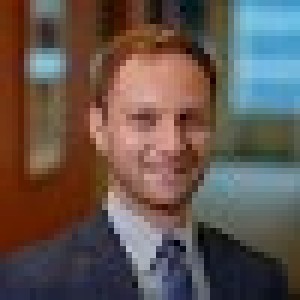